What Is The New York Child Relocation Law?

Custodial parents who want to relocate with their child/children may find it difficult to do so, especially if there is a provision in an Agreement or Court Order preventing the parent from moving with the child or if the other parent objects to the parent’s move. 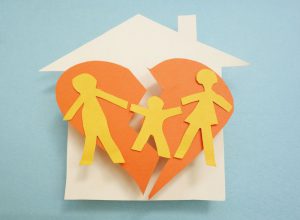 In cases where there is disagreement between the parents as to whether a parent should be able to move with the child, or where there is a restrictive provision preventing a parent from moving, the child’s relocation will need to be approved by a New York court.

As is the case in all child custody arrangements, the New York court system will want to make sure a relocation is in the best interests of the child. To do that, the Court needs to examine how the move would impact the child.  The Court’s inquiry includes the child’s relationship with the non-custodial parent, the child’s community connections, friendships, schooling, among a host of other factors.

The Best Interests Of The Child

One of the most well known child relocation cases in New York State is Tropea v. Tropea (87 N.Y.2d 727, 1996).   Tropea is credited with setting the standard of determining what is in the best interests of the child when a relocation is being considered. In this case, the Court held that,

This decision redefined New York State law regarding relocation by a custodial parent. Prior to this case, the child’s best interests was the very last thing considered during custodial relocation. Under the prior law, the parent who wanted to block the relocation would first have to prove that the move would deprive him or her of regular and meaningful access to the child. If that could be proven, then the relocating parent had to prove extraordinary circumstances that required the move. Finally, if this was proven, then the impact on the child and his or her best interests were examined. This seemingly backwards process made cases very confusing because of the ambiguous terms and subjective analysis of “meaningful access” and “extraordinary circumstances”.

The Tropea case eliminated this confusion by making it clear that all of the relocation factors are to be considered in determining whether the move would be in the best interests of the child.  What this means is that the interests of the parents are no longer of primary importance and that relocating a child, long held to be detrimental to children, was no longer inherently bad. By implication, the Court determined that in some cases, the child may be well served by a relocation.

In the Tropea case, the mother was permitted to relocate with the child, but not every case has the same outcome. Each case is different and every case will be evaluated independently on its merits, facts, and circumstances, but always with the best interests of the child at the heart of the decision.

With this emphasis on what is best for the child, it is possible for a Court to give a custodial parent the choice of: a) moving and losing custody of the child, or b) staying in place and retaining custody.

Factors That The Court Will Consider Before Deciding A Relocation Case

New York has some of the most extensive laws regarding child custody and relocation in the country. The Court examine a variety of factors in determining whether a relocation is in the child’s best interest, as follows:

Our mobile society has made relocation custody cases increasingly common.  If you are planning a relocation and need to modify your custody agreement, or the other parent has decided to move and you want to challenge the relocation, contact a Family Law attorney at Westchester Matrimonial today. We can help you navigate the extensive rules surrounding child custody arrangements in New York and help you build a case either for or against the move.

Jessica H. Ressler has been practicing exclusively matrimonial and family law for the past ten years in New York. She is a member of the panel for attorneys for children in Westchester and Putnam Counties. She appears regularly in the New York Family and Supreme Courts representing both adults and children.